For their second action of 2015, Bath Students Against Fees and Cuts and their allies took once again to the streets of Bath for a Free Education march. The march set off from Bath Abbey, up the High Street, across George Street, down Milsom Street and ending at the benches near the bus station, where a rally was held. With over 100 students and supporters marching, chanting and banging drums, the demonstration was impossible to ignore. 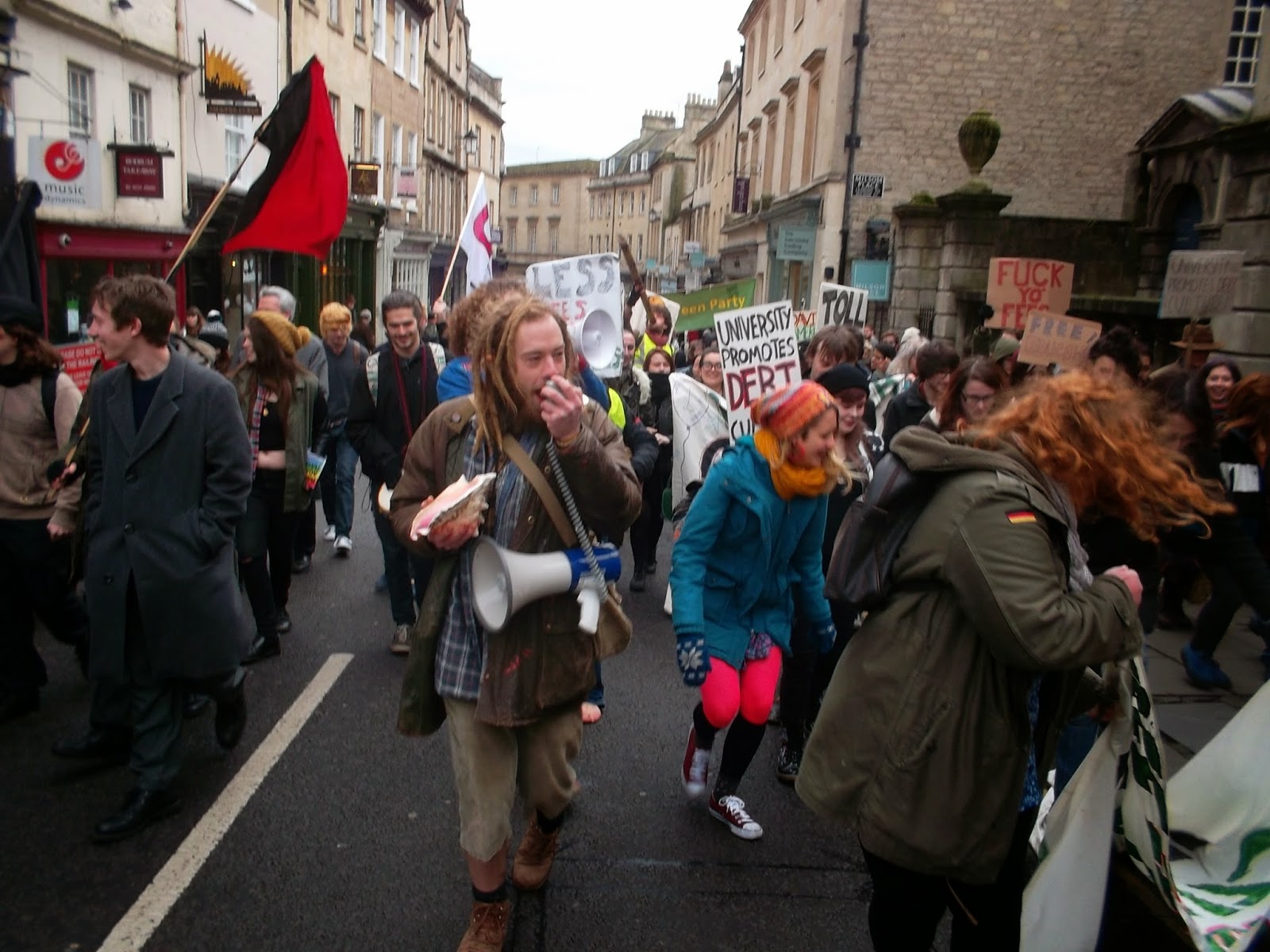 Not since the Occupy camp in 2011 has Bath seen so many active people campaigning for a better future, and Bath Students Against Fees and Cuts show no sign of giving up any time soon, with their numbers increasing with every action. 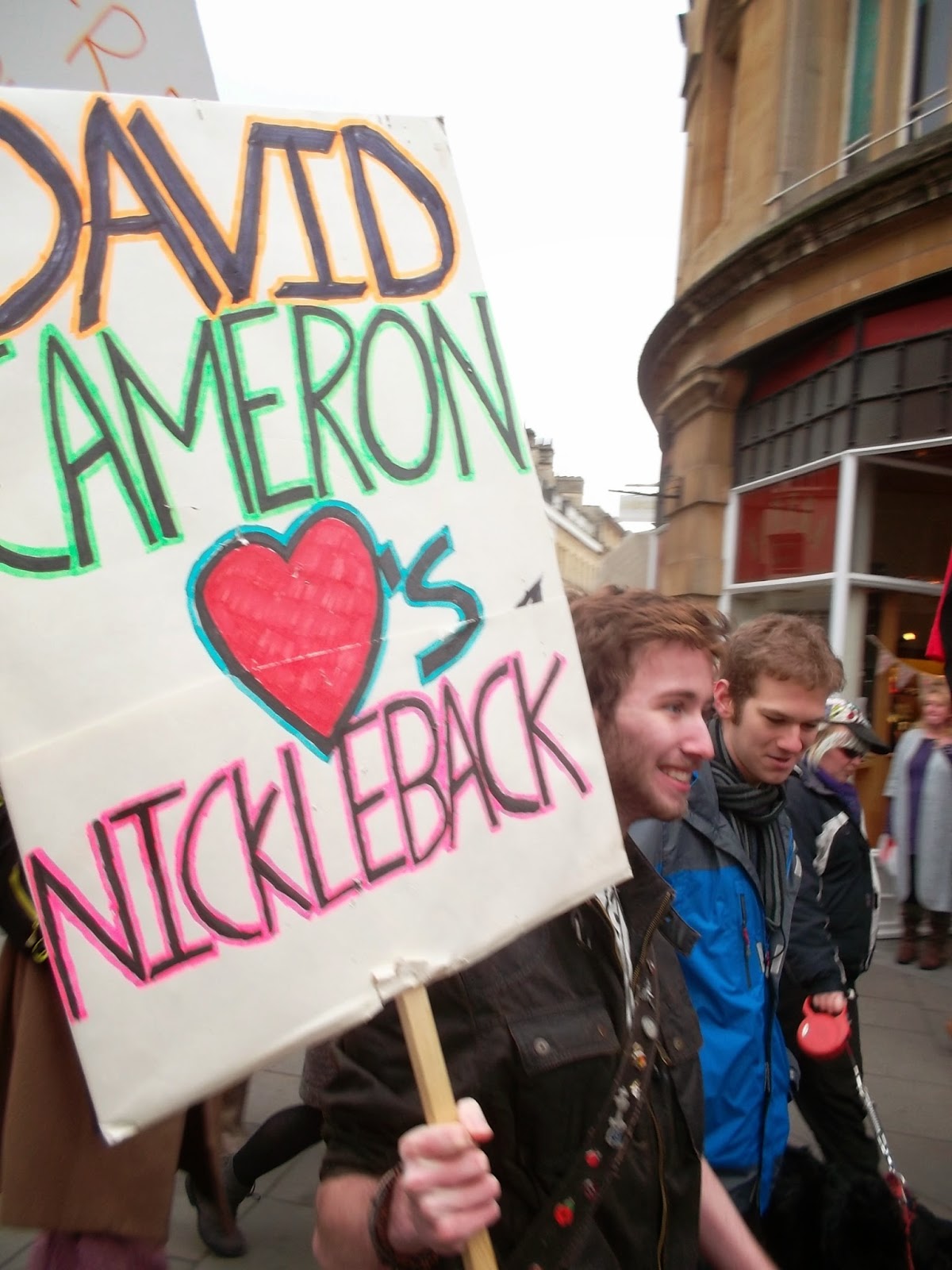 Other groups who joined in the march included Bristol Anarchist Federation, Occupy Bath, the Green Party, Universities and Colleges Union and Bath Against Cuts. Also present were Free Education campaigners from the University of the West of England. One of their campaigners had the following to say: "When we had an occupation, we had people from Bath Students Against Fees and Cuts come over and support us. I'm annoyed at having to pay £9000 a year. Education is a human right. I will come and support anyone who is standing up."

Christopher Roche, Campaigns Officer for Bath UCU, said "it's been inspiring to see so many students, staff and members of the local community coming together today to defend the principle of free education for all. The commodification and marketisation of higher education is hurting everyone, except for senior university managers who are in the business of awarding themselves increasingly absurd pay rises without any comprehensible justification. At last year's national conference, in response to a submission by Bath UCU, the union reaffirmed its opposition to tuition fees and support for a free and publicly funded education system. Our branch will continue to work alongside students who remain committed to making that ideal a reality."

Video of the march and rally

Following a successful party celebrating the day on which the Vice Chancellor of Bath Spa University earned as much as the lowest paid worker outside the main house on 23rd January, Bath Students Against Fees and Cuts will be holding a similar Vice Chancellor's Day party at University of Bath on Monday 2nd February at 12 noon. They've even made the cake.
Follow @stonestanding
Posted by Standing Stone at 22:43